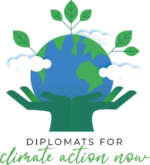 We and four other climate groups wrote to the Minister for Trade and Tourism urging him to sign the Glasgow Statement on International Public Support for the Clean Energy Transition following media reports that Australia might be considering financing a PNG government stake in an LNG project.

We wrote to the Prime Minister and relevant ministers on 12 October 2022 asking them to sign the Global Methane Pledge, sign the Glasgow Statement on International Public Support for the Clean Energy Transition, and increase Australia's climate financing for adaptation in developing countries, prior to COP27 in Sharm-el-Sheikh.

We wrote to the Prime Minister and relevant ministers on 21 June 2022 asking them to add a climate change quota to the Pacific Engagement Visa.

We wrote to the 31st Prime Minister of Australia, the Hon Anthony Albanese MP, on 28 May 2022 congratulating him on his election and welcoming his  emphasis on the urgency of addressing climate change at the Quad meeting in Tokyo. We also welcomed Foreign Minister Senator Penny Wong's restatement of Australia's commitment to the Boe Declaration of 2018 and the steps the government of Australia will take to meet the challenge of climate change in the Pacific.

We and four other groups of current and former professionals send a joint letter to the incoming Prime Minister of Australia on 11 April 2022, calling on the incoming government to make climate change its top priority.

This letter sent on behalf of the Minister for Industry, Energy and Emissions, Angus Taylor, replied to our letter of 31 October 2021. This reply was received nearly five months after our letter was sent.

We replied on 31 October 2021 to the PM’s letter. In our reply we recommended the government immediately commence a thorough review of Australia’s foreign, trade and development policies and adjust them to support the goal of net zero emissions by 2050. We also expressed our serious concerns that the government had not committed to stronger emissions cuts by 2030 and urged the government to “make rapid reductions in greenhouse gas emissions before 2030, matching and even beating the commitments made by our OECD partners”.

We wrote to the Prime Minister and relevant ministers on 26 September 2021 urging the Government to adopt a policy of net zero emissions by 2050, and stronger commitments on greenhouse gas emission reductions by 2030, in advance of the UN climate conference of parties, COP26, in Glasgow.